(From the translated volume Trial by Fire and other stories (2000), by Andy Sundaresan, published by Chindanai Vattam) 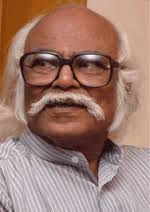 Now we see that young girl again on her way to college. Several luxury cars are crisscrossing her path, but she scarcely looks at any of them. Occasionally she glances at them but she is always mindful that neither she nor the car run into one another.

Note : Title refers to the trial by fire undergone by Sita in the Hindu Epic Ramayana to prove her chastity.